“WASTE LESS FEED BETTER” Feeding a growing population in a sustainable way is a global challenge.

Population growth, urbanization, the economic development of emerging markets and changes in consumer habits are the forces at play in the global food challenge. One of the major obstacles faced by farmers and ranchers is the lack of good quality, affordable feed and fodder for livestock. Undoubtedly, the planet's resources are under pressure, we live beyond our means and our future needs are bound to become enormous. Certainly the feed industry will be forced to increasingly resort to less performing foods in terms of energy and protein, often of industrial origin (bioethanol, fermentation industry, agro-industrial commodities, etc.).

The changes in consumer habits have led to an increase in the consumption of products of animal origin which in turn requires a constant commitment to produce better, and pose the need to recover the nutritional efficiency of new food sources with the use of products with catalytic action (enzymes) of biotechnological derivation.

Their health and also the quality of the derived products that we bring to our tables depend on the feeding of animals.

Today, in fact, greater attention is paid to the nutritional and health properties of foods of animal origin and their contribution to human nutrition.
In this real scenario, our contribution passes through innovative and sustainable nutritional solutions. At Akron we believe that: the exchange of knowledge and the interaction between human and veterinary medicine, microbiology and environmental sciences are an efficient means of achieving the necessary growth for breeders and integrators in the food production industry.

Filamentous fungi offer many benefits over other cell types when used in biotechnology and, consequently, are used to produce products that are mostly part of the pharmaceutical world and the biotech market.

In particular, Aspergillusoryzae is able to produce an enormous quantity of primary and secondary metabolites during its fermentation, as well as biologically active metabolites. Clearly it must be specified that it must be in the right conditions for growth in order to best express its potential.

It, through an intimate fermentation process, produces a complex rich in active and easily absorbable metabolites. The broad spectrum enzymes produced during fermentation are for example: alpha and beta amylase (carbohydrates and sugars), glycoamylasicellases, hemicellulasylactases and beta-galactosidases. One of the advantages of these enzymes is that they survive in both the acidic and the alkaline and neutral tracts.

These enzymes are able to regenerate the digestive process with direct and indirect effects on the entire health of the animal. It is a direct consequence of the enzymatic content of A. Oryzae, which acts as a fungal growth developer. Some enzymes, in concentrated form, instead perform other important functions such as, for example, proteases which are powerful natural anti-inflammatories, as well as having immunostimulating properties, while lipases are able to normalize the metabolism of fats and triglycerides.

Scientific research and comparison with our study partners allow us to apply the knowledge and the method to eliminate any margin of error and guarantee our products the safety and effectiveness required by the market.

Our biotechnology laboratories are always committed to the study of the best solutions to meet the demands of our customers and an evolving market, making us competitive and in step with the times.

"IN EVERY PHASE OF THE PROCESSES WE PROCEED IN A SCIENTIFIC WAY WITH METHOD AND DISCIPLINE TO OFFER EVERY FORM OF GUARANTEE OF SUCCESS."

Wanting to place ourselves as a leading player in the feed sector, over the years we have taken responsibility for all those who have chosen us. For this reason we are committed, in order to guarantee the consistency of our feeds, through the control of every phase of the production system, from the purchase of raw materials to the delivery of the finished product to the customer, to obtain essential certifications to operate in the agro-livestock sector. 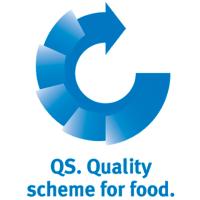 The QS quality certification scheme aims to “define rigorous and verifiable quality requirements for all stages of the supply chain, in order to create a transparent system of quality assurance between the different stages”. (source: Articles of Association of QS Qualitàt und Sicherheit GmbH)

Thanks to the Qs certification, we are mutually recognized by: 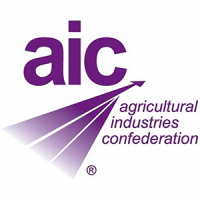 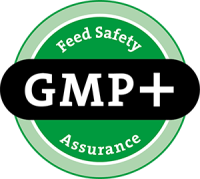 The certification scheme for GMP Plus (or “GMP +”) was initiated and developed in 1992 by the Dutch food sector - specifically “feed” - in response to various incidents related to the contamination of feed materials; from a national reality it has developed to become an international system that is managed by GMP + International in collaboration with various international bodies.

The certification in the pastus + quality assurance system means that the participants have opted for independent control of their farm and thus for the guaranteed production and processing of high quality feed. | requirements are defined in the pastus + guidelines and are audited annually by independent certification bodies approved for pastus +.

In addition to these, we also got: 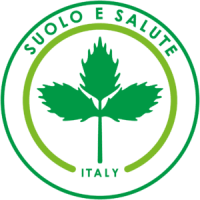 DTP 030 "NON GMO" is a voluntary CSQA Standard that allows the certification of food products, feeds and animal derivatives against the "NON GMO" requirement. In our case, the certification concerns the control conducted by CSQA to guarantee compliance with the limit of 0.9%, to be understood as a technically unavoidable and / or accidental maximum limit in the preparation processes of zootechnical foods.